Temperature vs Heatwork – Why We Use Witness Cones Video and audio versions available too!

I receive a lot of glaze questions and the first question I generally ask in return is “What did the cones look like?” This is because knowing whether the kiln was over- or under-fired is important for diagnosing many glaze issues.

Sometimes I’m told a kiln temperature in response. But knowing what temperature your kiln reached is only part of the story. Seeing the physical witness cones from your firing gives you a much more accurate description of what happened to your clay and glazes.

I put at least one cone pack holding 3 witness cones in every firing. Occasionally, I’ll put a cone pack on each shelf. Cones provide valuable information about each firing and it’s really difficult to troubleshoot firing issues without them. You never know when you’ll need them until it’s too late.

It’s good practice to put witness cones in every firing, regardless of temperature or type of kiln.

In this article, I describe the difference between “temperature” and “heatwork”.  Its because of this difference that using witness cones is essential to understanding understanding your glaze results.

Pyrometric cones are small, cone-shaped objects that are made of ceramic material and designed to start melting and softening at specific “temperatures”.

It would be more accurate to say that cones are designed to measure “heatwork”, which takes both temperature and heating time into account. More on heatwork in a minute.

Here’s an example of what cones look like. They come in different sizes, large and small, which serve different purposes.

The small cones go into manual “Kiln Sitter” kilns. These kilns have switches/dials that you turn up and down to control the temperature of the firing.

A small cone is propped onto 2 cone supports inside the kiln with a sensing rod laying over the centre. As the kiln approaches its target temperature, the cone in the kiln sitter will soften. As the cone softens, the weight of the sensing rod causes it to bend. The sensing rod goes from the inside of the kiln to the outside. On the outside, there’s a claw on the end holding a latching mechanism.

When the latch is up and being held by the claw, the kiln can be turned on. Once the latch falls down the kiln shuts off. When the sensing rod sinks down into the cone, the claw on the outside starts to rise. When the claw rises up, it releases the latching mechanism which falls down and shuts the kiln off.

The other kind of cones are larger and we call them “witness cones” because they essentially witness the amount of heatwork our clay and glazes have been subject to. They give us a visual representation of how the firing went.

You can buy “self-supporting cones” that stand up on their own, or you can buy regular large cones and make cone packs by standing cones up in a lump of clay. You can also buy re-usable cone holders but I’ve always just made my own. Ideally, you would place witness cones somewhere you can see them by looking through a peep hole during the firing. When you see the cones bending, you know the firing is reaching its peak temperature. This allows you to make sure your kiln doesn’t shut off too early or too late.

Cones through the peep hole.

I generally put three witness cones in my firings. One cone for my target temperature, one cone below and one cone above.

Cone 5 is the Guide Cone. It starts melting first. When cone 5 starts to bend, you know the firing is approaching its peak temperature and you can get ready for the cone 6 to start bending.

Cone 6 is the Target Cone. This is the cone you want to be perfectly bent so the tip is pointing down. That’s when the firing is complete and you can shut the kiln off if it doesn’t shut off automatically.

Cone 7 is the Guard Cone. If you don’t happen to be watching your cones as they bend and your kiln over-fires, the guide cone will tell you if it is way over-fired or only slightly over-fired. Low temp cones are red because they’re fluxed with iron. Cones are essential when firing a manual sitter kiln as described before. A manual kiln has no thermocouple or pyrometer to tell you the temperature inside the kiln. Witness cones give you a way to make sure your kiln fires to the right temperature in case your Kiln Sitter malfunctions (which is very likely to happen at some point!)

But even if you have a digital pyrometer, I still recommend putting witness cones in every firing.

Witness cones will give you more accurate information about your firing than a digital temperature reading. And this is because of heatwork.

Cones measure “heatwork” as opposed to “temperature”. Temperature is just a number that tells you how hot something is at a specific moment. Temperature doesn’t take into account the amount of time an object has spent at that temperature or the accumulation of temperature over time.

Think about cooking something in the oven. You can put a pizza in the oven, turn it on and heat it to 400°. Maybe the oven takes 10 minutes to reach 400° or maybe it takes an hour.

The final temperature in the oven is the same in both cases (400°) but one pizza is barely cooked and the other is well done. The difference is heatwork.

Food needs to spend time at a temperature to cook thoroughly and so do clay and glazes. The final temperature of a firing tells you nothing about whether the clay has completely matured.

Cones measure the heatwork of your clay and glazes. Temperature alone can’t give us this information.  This is why it’s important to put witness cones into every firing.

Put Witness Cones in Every Firing

Witness cones help you troubleshoot. And even if you have no troubles to shoot now, there’s a good chance that one day you will. And if you didn’t put witness cones in that one firing, you’ll have a harder time figuring out what went wrong.

Many clay and glaze issues are heatwork related. You need to know if your clay and glazes were under-fired or over-fired before you can determine any other cause of a problem.

For example, glazes can run because they’re overfired or because they’re applied too thickly. When I’m unloading a kiln and I notice my glazes have run unexpectedly, the first thing I do is check my cones.

If the cones show the kiln fired accurately and wasn’t over-fired, there’s a pretty good chance that the glaze application was too thick. Next time I glaze, I’ll adjust my application thickness.

Even programmable kilns are never going to be 100% accurate every single firing. If your kiln is tightly or loosely packed, that can affect how long it takes everything to heat up, which affects the final heatwork. Remember, heatwork is the measurement of temperature over time.

Programmable kilns can be fairly consistent, but they’re not designed to fire over and over again forever without regular maintenance.

Witness cones will tell you when your kiln needs attention:

When your elements are aging, your firings can take longer, or struggle to reach temperature. This will affect your final results. Cones will show you.

When your thermocouples are needing to be replaced, they will become less accurate at reading temperature and your firings will no longer be accurate. Cones will show you.

If your power goes out (a regular occurrence where I live on the west coast of Canada) your kiln will shut off. Depending on the type of kiln, it could stay off or turn back on again when the power returns.

If the outage occurs at a high enough temperature and the temperature drops significantly and starts climbing again, this can affect the heatwork.

Cones will always show you the final result, regardless of any ups and downs along the way.

Even if it’s not convenient to place witness cones somewhere you can see them during the firing, I still recommend putting them in every firing, so you can see them when you’re unloading the kiln.

Every now and then I’ll put a cone pack on every shelf of a firing. This shows me how even the heatwork is throughout the kiln. This can often explain when a glaze turns out differently on different shelves in the same firing. All the cone packs from a large gas firing. Notice the difference with how much each cone pack is melted. The two bottom left cone packs got much hotter than the two top left. When you know where your kiln’s hot and cool spots are, you can load your pots strategically. Put the runny glazes in the cooler spots and glazes that need more heat in the hot spots.

I keep a record of how the cones looked after every firing in my kiln log. This allows me to track the health of my kiln.

The Magic is in the Details

If you’re not using witness cones in every firing, I encourage you to start. You just never know when you’re going to wish you had them.

When you start looking at the cones out of every firing, even when things are going well, you can start to connect slight temperature changes with your glaze results.

The magic often lies in the details.

Some glazes can be finicky when it comes to temperature. I have a glaze that needs to be fired to where the tip of cone 6 is touching the kiln shelf and cone 7 is just starting to bend. Any cooler and the glaze is flat with no variation. Any hotter and it’s running onto the kiln shelf.

It took me a while to figure out why my glazes were never turning out the same. I kept trying to change my application methods. Then I finally put a cone pack on every shelf and it all made sense. The bottom shelf was slightly cooler than the rest of the kiln and this particular glaze needed to be fired hotter. I wouldn’t have known this without cones.

Do you put witness cones in every firing? Let me know in the comments.

This blog post has received a stamp of approval by the folks at Orton, the cone manufacturers themselves!

“Sue covered all the reasons why a cone is important, how they can help to diagnose problems and why they are considered a reliable measurement of heatwork.  What happens inside kilns is often a mystery, cones can serve as the keys to unlocking  the mystery by providing vital information about what occurred inside.”

How Kiln Environment Will Affect a Pyrometric Cone

Do Cones Have a Shelf Life?

Here’s the replay of me reading this blog post live in my Facebook group and taking questions. Also a bonus section at the end on how to make a cone pack. Enjoy!

Listen to the Audio

Play the audio right from this webpage or in SoundCloud

Sue McLeod Ceramics · Temperature vs Heatwork – Why We Use Witness Cones 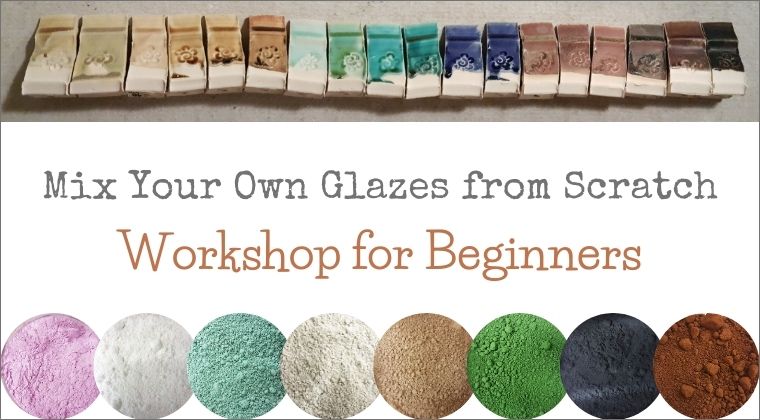 Mix Your Own Glazes from Scratch - Online workshop Apr 24