How to Fix a Hard-Panned Glaze with Epsom Salts Have you ever had a glaze settle into a rock hard layer on the bottom of your glaze bucket? It’s impossible to mix and even if you do get it mixed, it just settles out again.

This annoying phenomenon is called “hard-panning” and it often happens to glazes that don’t have enough clay in them to keep the glaze in suspension.

Clay is a very light material and is the main suspending agent in our glaze recipes.

Our glazes are made up of rocks that have been ground up into a fine powder. Naturally, they would just sink (like rocks) to the bottom of the glaze bucket.

Next time you make 10 kg of glaze, think about how hard it would be to stir a 10 kg bucket of rocks with a spatula.

But when we add clay to our glazes (in the form of kaolin, ball clay or bentonite), the clay helps to keep the heavy particles in suspension, floating around the bucket and very easy to stir with a spatula.

For this reason, it’s ideal to have at least 10% clay (kaolin or ball clay) in any glaze recipe.

For glaze recipes that contain little to no clay, 1-2% bentonite can be added with little to no effect on the fired results.

Bentonite is also clay, but it’s much finer and has a smaller particle size and higher surface area than kaolin or ball clay. Because of this, it’s a much more powerful suspending agent.

1% bentonite has approximately the equivalent suspending power as 5% EPK.

So if your glaze recipe has no other clay in it, I would add 2% bentonite.

If your glaze has some clay but less than 10%, I would add 1% bentonite.

This should be enough to keep your glaze suspended and prevent hard-panning.

If you’re mixing a new glaze with little to no clay in it, you can add the bentonite to your recipe to start out with. It’s always better to prevent hard-panning than to have to fix it later.

If your glaze is already mixed and hard-panning, update your recipe now by adding 1-2% bentonite to it so you’ll remember to include it next time you mix a new batch.

If you know the approximate dry weight of your already mixed glaze, you can still add bentonite after the fact. Just make an educated guess of the dry weight based on the last batch size you mixed and how much you’ve used since then. It doesn’t have to be exact. Around 1-2% of the dry weight will be fine.

Ok, so we’ve established that glazes need at least 10% clay in them to stay suspended and if they don’t have any clay, we can add 1-2% bentonite.

But… depending on your glaze’s composition, it may contain some ingredients that counteract the suspending properties of the clay.

This means your glaze could have over 10% clay in it and still have trouble staying suspended. This usually happens in glazes that contain some form of soluble sodium.

A lot of glazes contain sodium, which is one of our primary fluxes that get the glaze melting in the kiln. When the sodium remains as a solid particle suspended in the water, it has no effect on the glaze’s properties in the bucket.

But if some of that sodium dissolves into the water, the glaze can become naturally  DEFLOCCULATED.

Clay particles have positive and negatively charged sides and edges. They attract each other like magnets. This attraction is what helps the clay particles keep the rest of the glaze suspended.

Since two positives repel each other rather than attract each other, their suspending properties are gone.

So to sum up deflocculation, it’s when sodium ions are added to a glaze, whether intentionally or unintentionally, and they attach to the clay particles, turning their negatively charged sides positive so they repel each other. All sides of deflocculated clay particles are positive so they repel each other.

Deflocculated glazes often have a thick layer of water on top before mixing and settle fast after mixing. They dry almost instantly after dipping the bisque.

In order to fix a naturally deflocculated glaze like this, we can add a FLOCCULANT and get the clay particles attracting each other again, which will help keep all the other particles suspended in the bucket.

The two main reasons why your glaze is hard-panning:

Always deal with the clay issue #1 first, if applicable, then move on to #2.

If your glaze has clay in it then you can fix hard-panning by flocculating.

So even though this glaze has 10% clay in it, it is naturally deflocculated and hard-panning.

In the video, I add saturated Epsom salt solution a few drops at a time until the glaze is flocculated and stays in suspension.

How Much Epsom Salts Solution to Add?

The glaze in the video contains 500g of dry materials and it took about 75 drops of Epsom salts to get it flocculated.

In my experience, that’s a lot of Epsom salts for such a small amount of glaze. This is likely due to the high percentage of frit (a heavy material) and the comparatively low percentage of clay.

Every glaze composition is going to react differently to a flocculant. Some glazes of that size will only take a few drops to become flocculated. The more clay in the recipe, the easier it’ll be to flocculate it.

Always start with a smaller amount than you think you need and work your way up.

Here’s my general guideline for how much Epsom salt solution to add at a time, based on dry weight:

Start with that and mix well with a high-speed mixer after every addition. I recommend an immersion blender or drill with paint mixer attachment.

If the amount you’re adding is having zero effect, you can increase the amount.

Keep adding Epsom salts and high-speed mixing until you notice the glaze noticeably thicken. Then stop.

A flocculated glaze will stick to your finger, rather than run off, back into the bucket.

And a flocculated glaze will come to an abrupt stop soon after the mixing stops. If you stop mixing and the glaze keeps swirling around and around the bucket, it’s probably not flocculated yet.

In the video above, I was able to get the glaze somewhat moving at first by using my fingers to scrape the particles off the bottom. This isn’t always a possibility.

Sometimes your glaze will be so hard-panned that you can’t get it to move at all. In this case, I would pour the water off the top of the glaze into a bucket. Save this bucket of water to add back into the glaze later.

Take the remaining hard layer of glaze and add some Epsom salt solution directly to it.

Either use your hands (wear gloves if glaze materials are a concern) or a tool to work the Epsom salts into the glaze layer. A metal spoon or large loop trimming tool works well to cut through the glaze.

It may take some elbow grease to get it going but eventually, the glaze layer will soften and start moving. Then you can add the water you removed back in and proceed to use your high-speed mixer.

Here’s a quick video of me doing this. I already poured the water off the top and I’m adding Epsom salts to the hard-panned sludge. Once I get it moving, I add the glaze water back in and high-speed mix – voila!

Forgive the video quality, diminished by YouTube. (Video has no sound)

I hope this article gave you some insight to not only to fix your hard-panned glaze but to assess its cause so you can prevent it from happening in the future.

Do you have other strategies for hard-panned glazes? I’d love to hear them in the comments below. 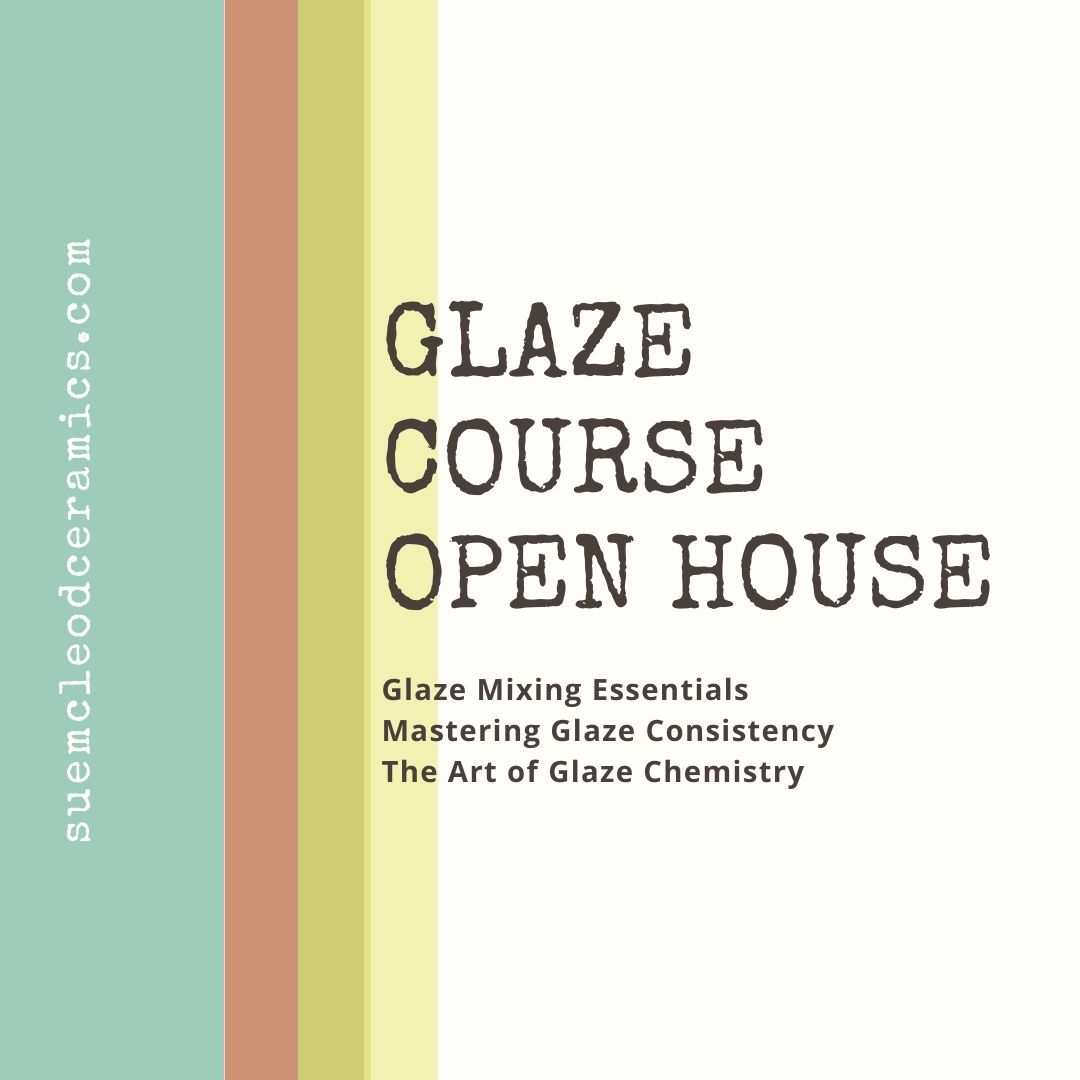 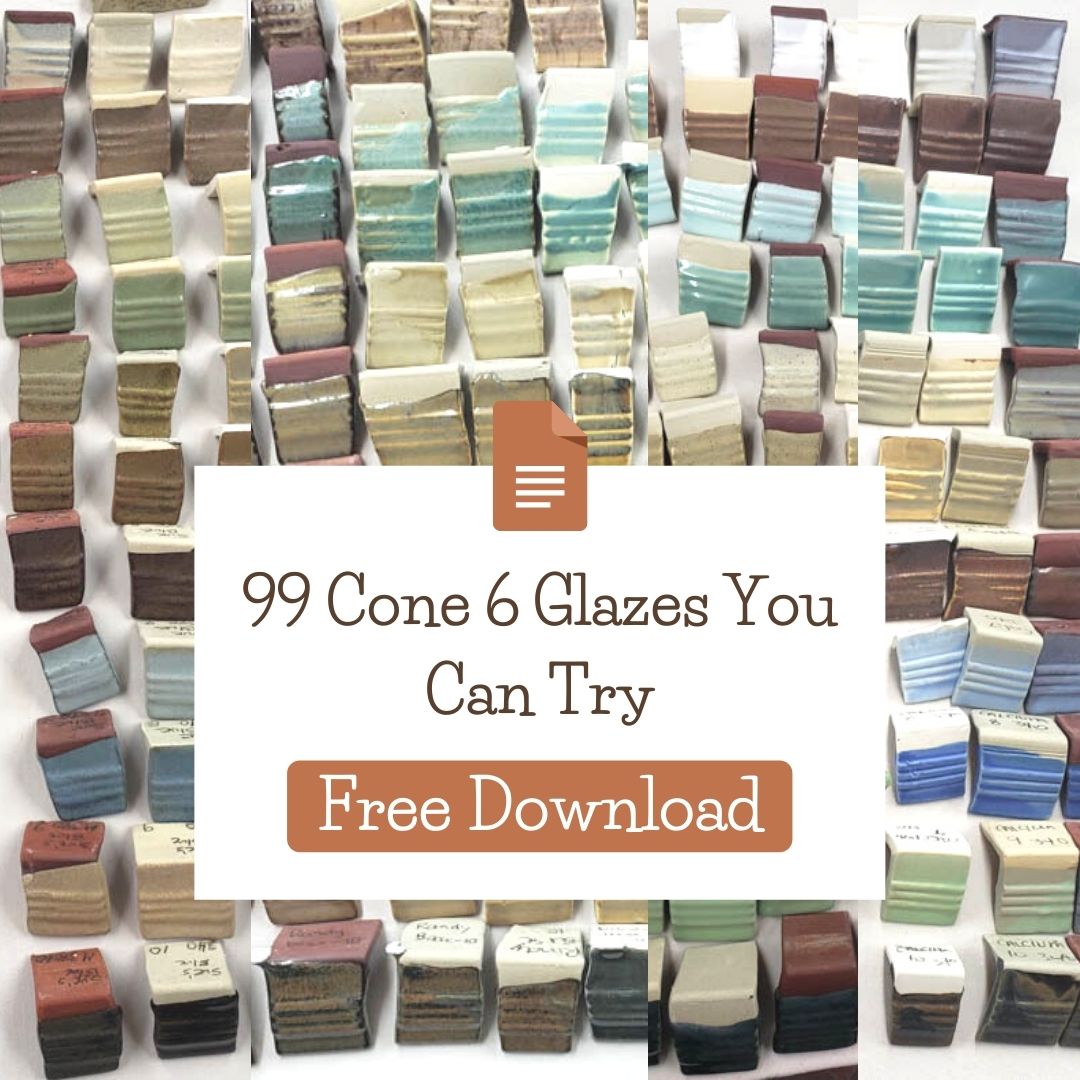