How to Make a Cone Pack 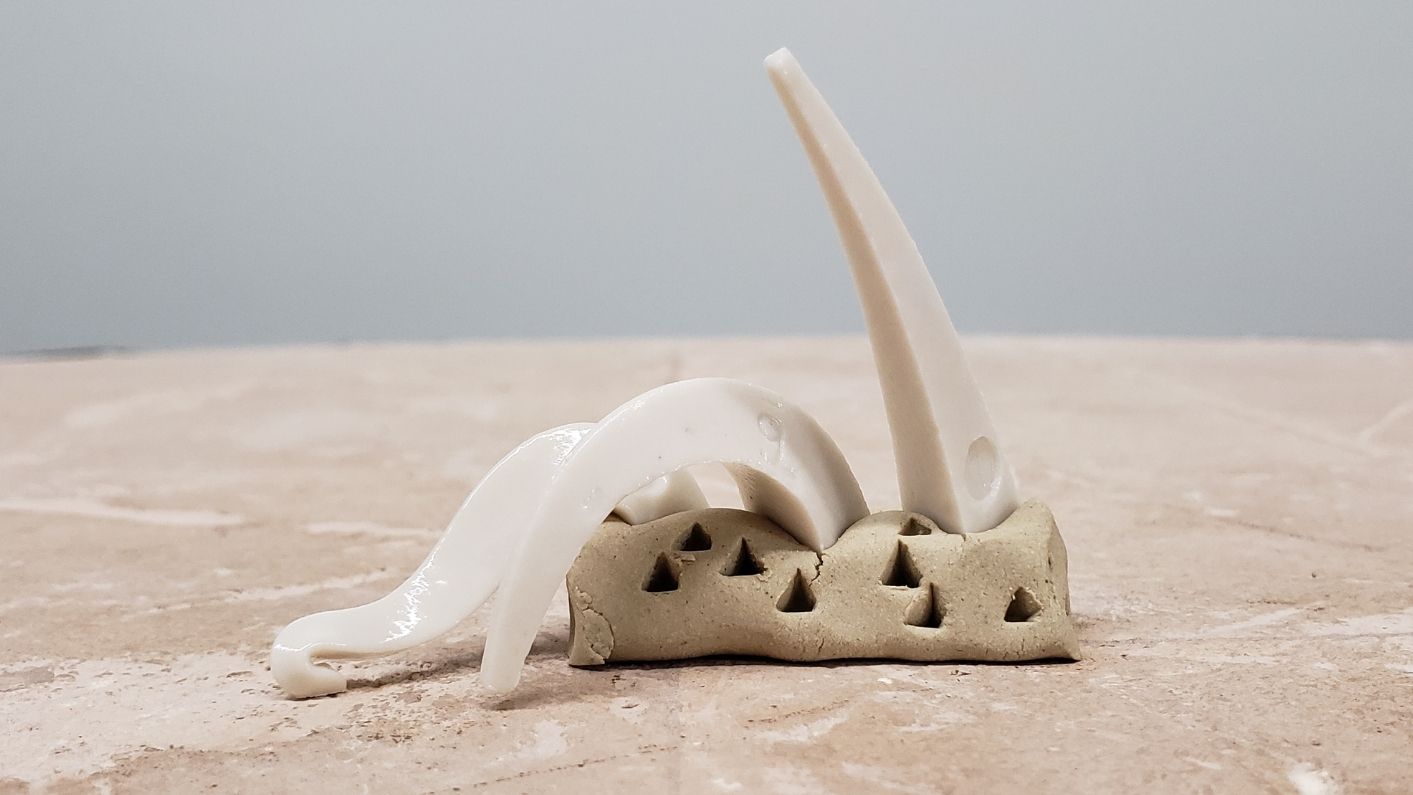 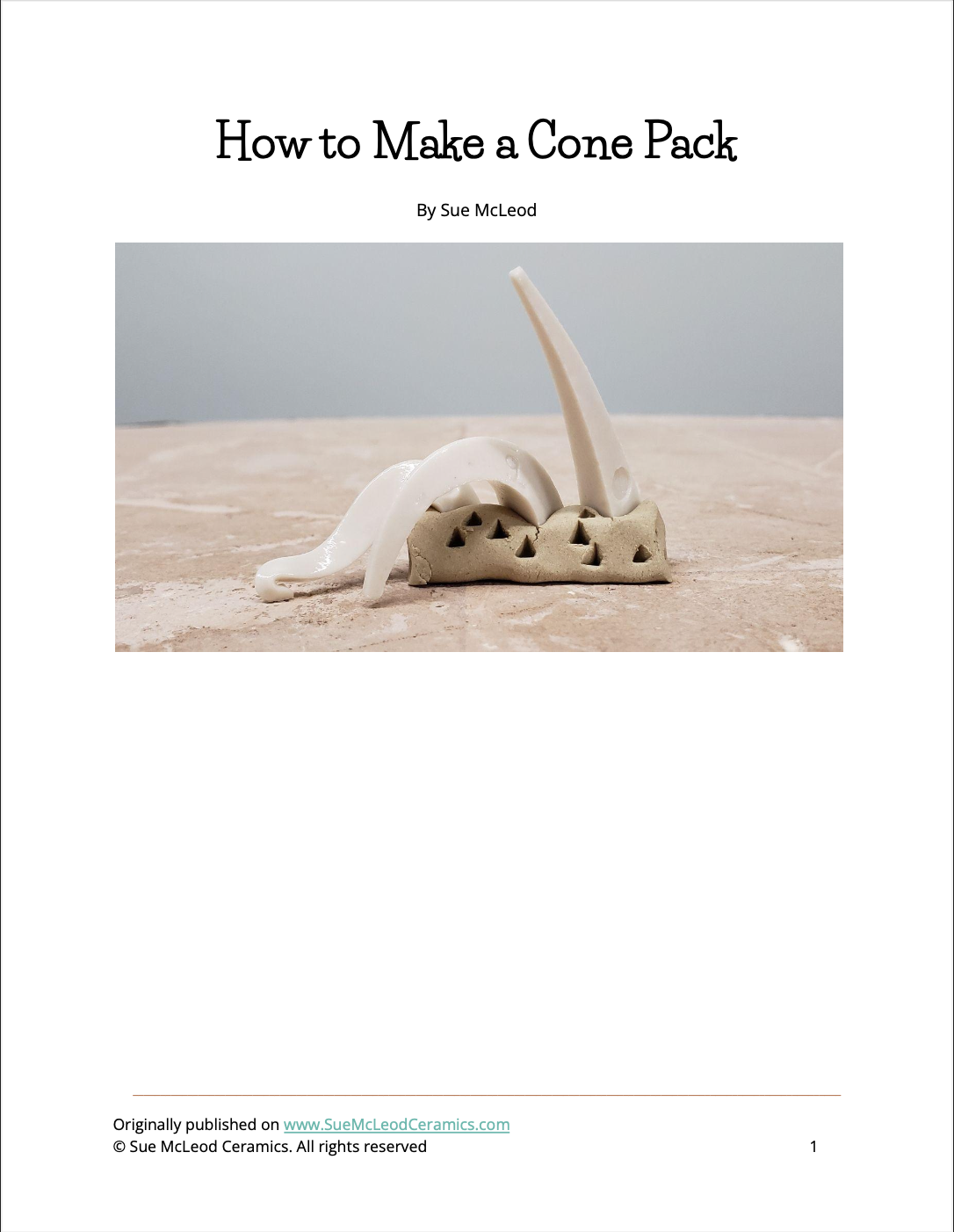 Put a Cone Pack in Every Firing

It’s important to use witness cones in your firings so you can measure the heatwork that’s affecting your clay and glazes. Heatwork isn’t the same as temperature in that heatwork is the measurement of temperature over a duration of time. Temperature alone won’t tell you whether your pots are properly fired.

In order to understand the importance of witness cones, start with this article Temperature vs Heatwork – Why We Use Witness Cones. After reading that article, you may go out and purchase some witness cones and then wonder how to use them properly. That’s what this article is about.

Which Cones to Use in a Cone Pack

A cone pack is a set of 3 large pyrometric cones that are set into a small piece of clay so they can stand up on their own and can be visible through one of your kiln’s peep holes during the firing.

If you’re new to using pyrometric cones, aka “witness” cones, they can be purchased as “self-supporting” or regular “large” witness cones.

Small “kiln sitter” cones or pyrometric bars should not be made into a cone pack and used as witness cones. They are meant to go on the kiln sitter cone supports in a manual kiln and they’re only accurate when used for their intended purpose.

The self-supporting cones are a little more expensive, but they can just be placed on the kiln shelf without any prep beforehand. They don’t need to be made into a cone pack because they have the ability to stand up on their own.

So the only cones we’ll be using this method to make into a cone pack are the regular large witness cones. 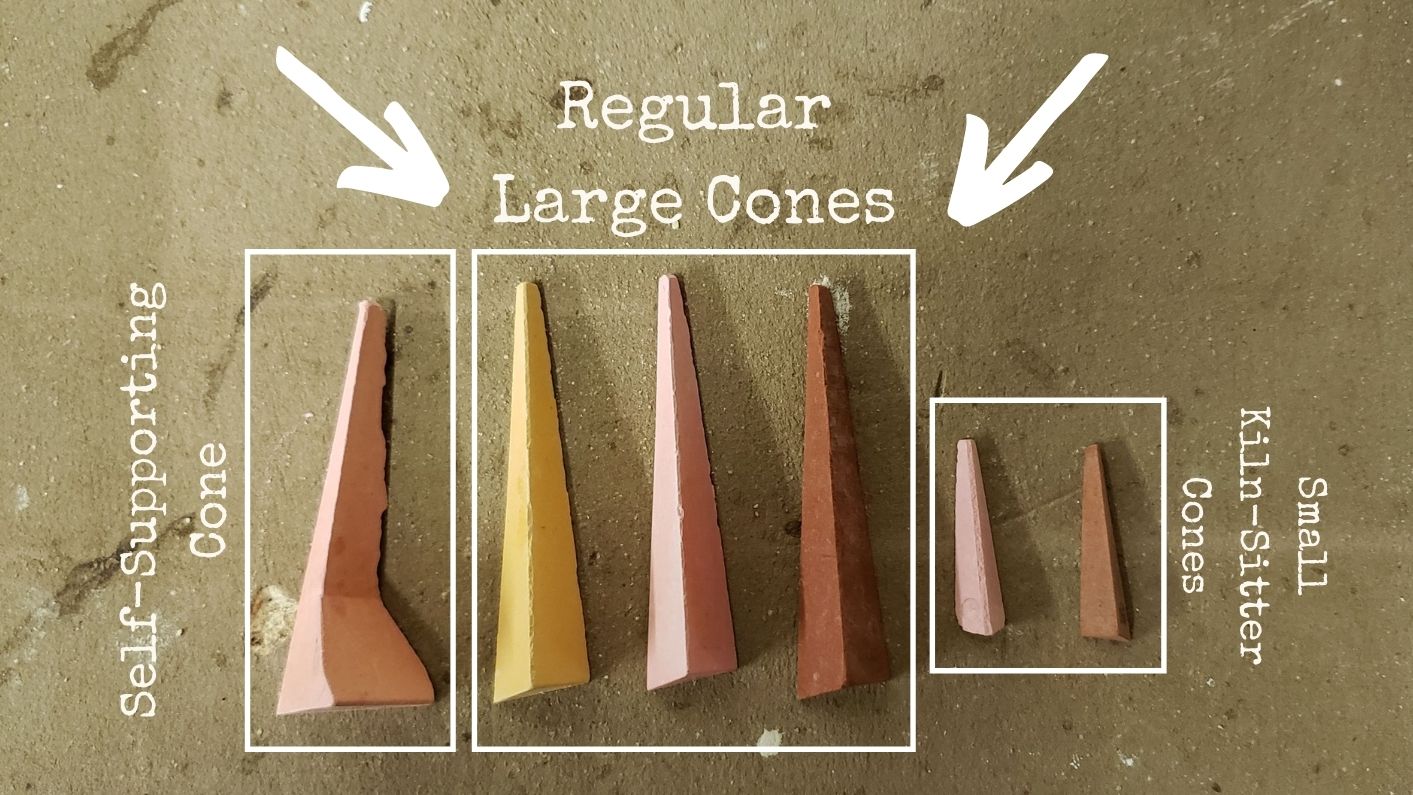 If you buy regular large cones you need to prop them up so they are standing at a very specific angle in the kiln. You can buy pre-made cone holders to stand the cones up in, but I’ve always made cone packs by setting them into a lump of clay.

How Many Cones to Put in a Cone Pack

It’s considered best practice to put three witness cones into a cone pack. One cone for your target temperature, one cone below and one cone above.

Cone 5 is the Guide Cone. It starts melting first. When cone 5 starts to bend, you know the firing is approaching its peak temperature and you can get ready for cone 6 to start bending.

Cone 6 is the Target Cone. This is the cone you want to be perfectly bent so the tip is pointing down. That’s when the firing is complete and you can shut the kiln off if it doesn’t shut off automatically.

Cone 7 is the Guard Cone. If you don’t happen to be watching your cones as they bend and your kiln over-fires, the guide cone will tell you if it is way over-fired or only slightly over-fired. 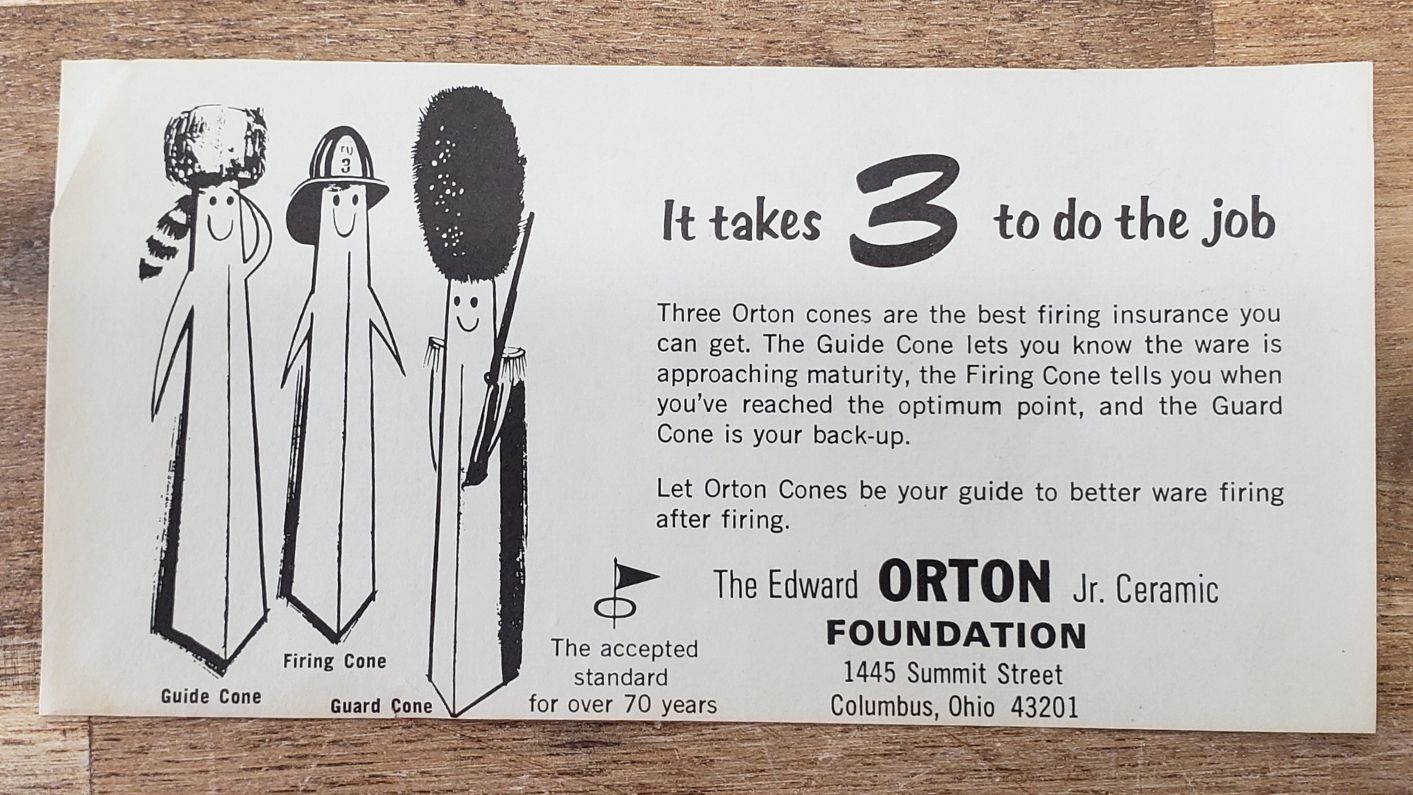 The Angle of the Cones

It’s important that you place your cones in the clay at a very specific upright angle so your readings are accurate. If they’re slanted too far forward or backwards, your reading will be off and inconsistent from firing to firing. 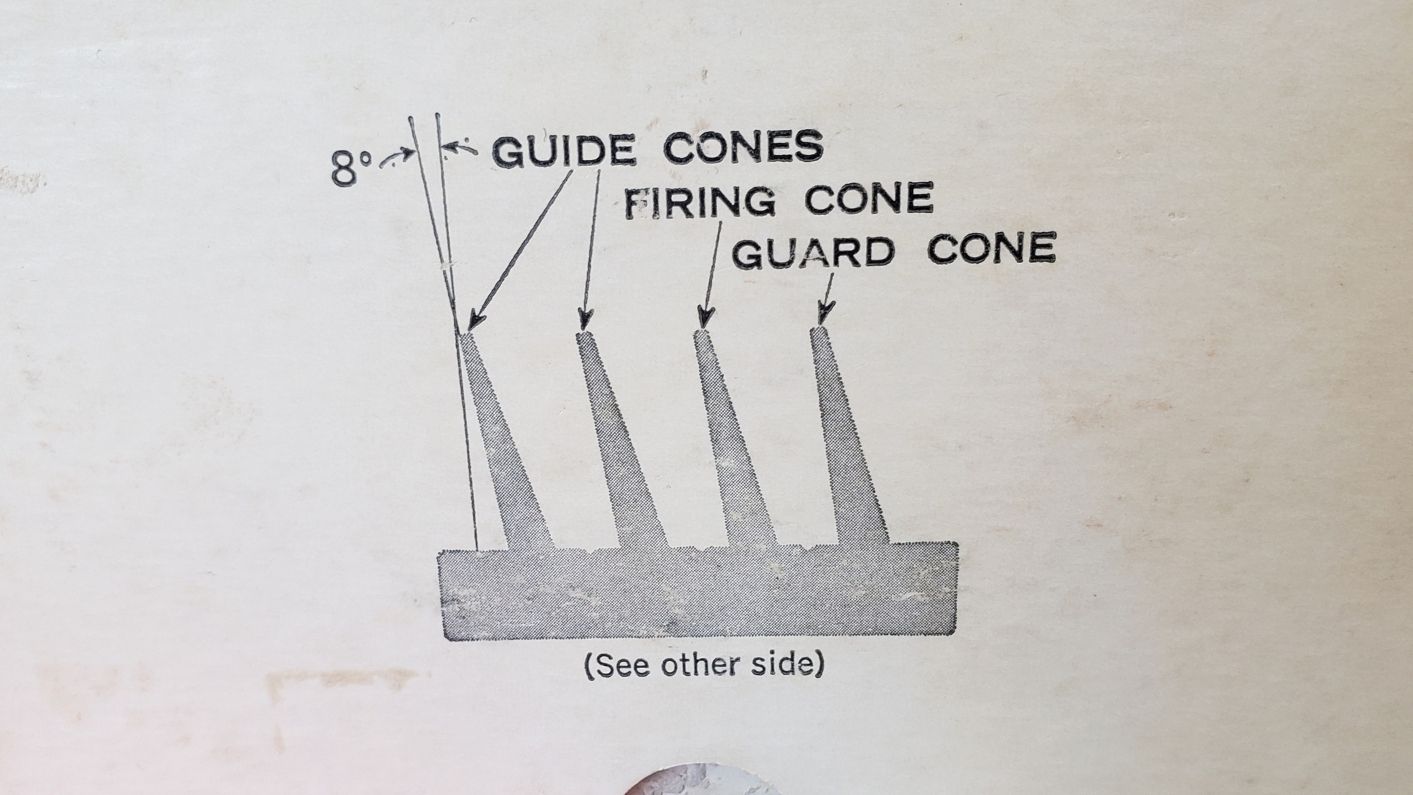 Diagram from an old box of Orton cones

You want the front face of the cone to be 8° forward from vertical. This is also the exact angle that the cone sits naturally when placed on a flat surface.

I like to hold a cone upright on my work surface as a guide so I can match the natural angle when placing the cones into the clay. 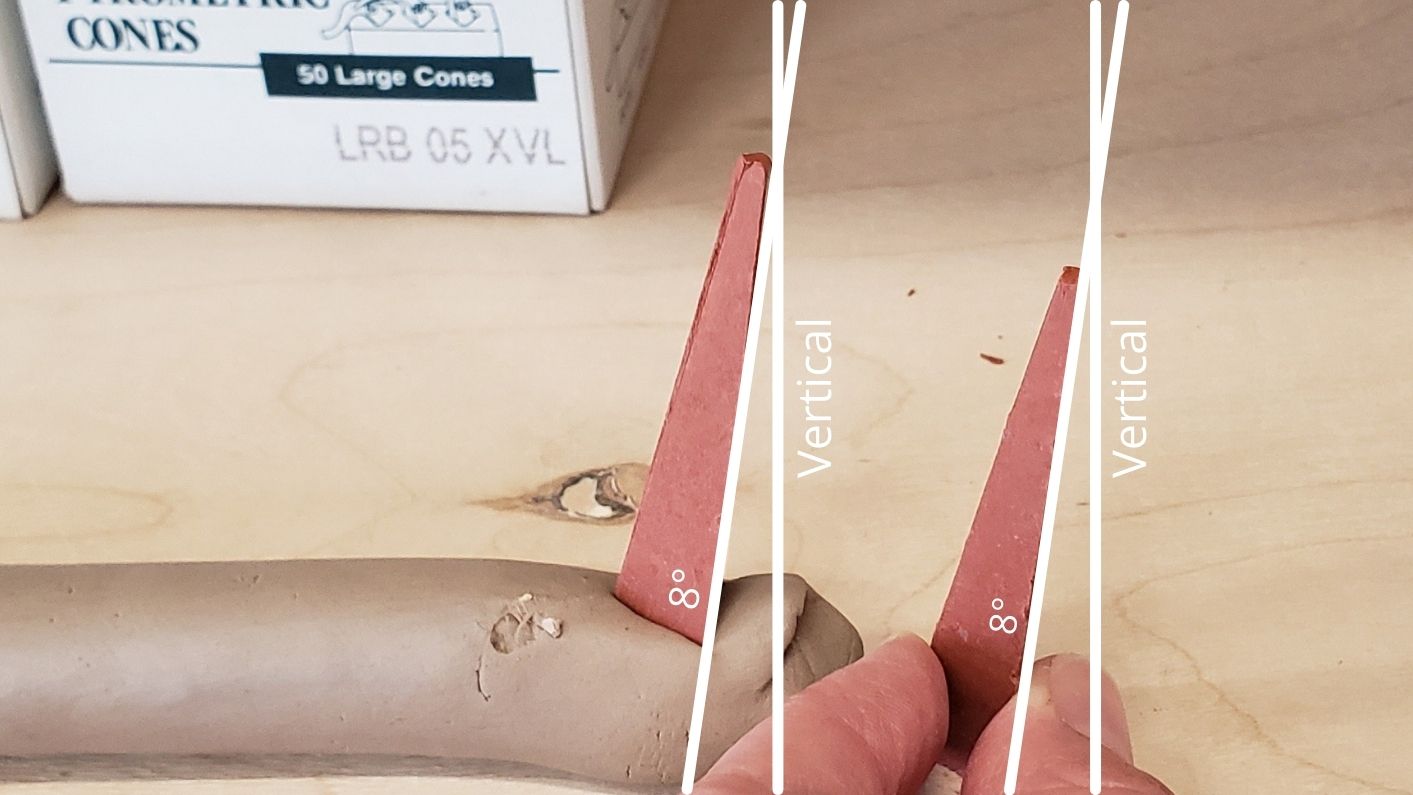 One of the side faces will have the cone number on it. All the numbered side faces should be pointing in the same direction when the cones are in the cone pack.

If you’re holding a cone upright and draw a circle clockwise around the cone, the order of the faces goes: 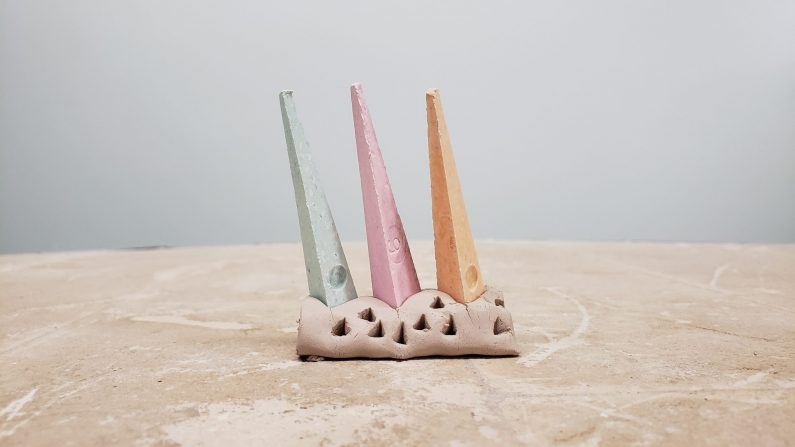 A Note About Low Temp Cones

Low temperature cones are usually all the same colour – red – so you have to be very careful that you put them in the correct order in the cone pack.

Low temp cones are numbered with a 0 in front and the number after the 0 decreases as the temperature increases.

So cone 06 is a much lower temp than cone 6. Please don’t mix these up.

And then when making your low temperature cone pack, you have to remember that the higher numbered cone will melt first.

If you put the cones in the wrong order so the low temp cones fall on top of the higher temp cones, you won’t get a good reading. I’ve done this before! Here’s how it looks after the firing. Not very accurate. 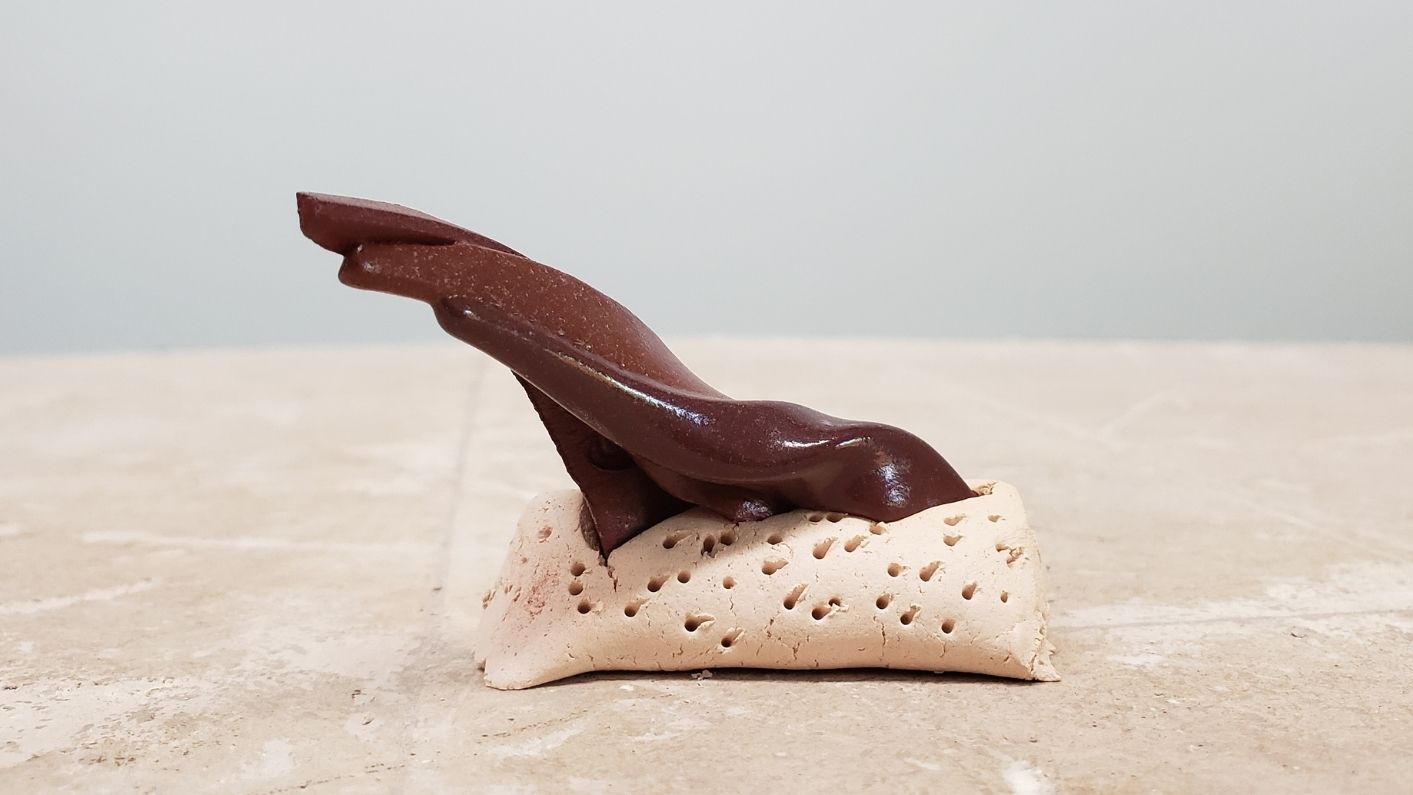 Another Angle to Consider 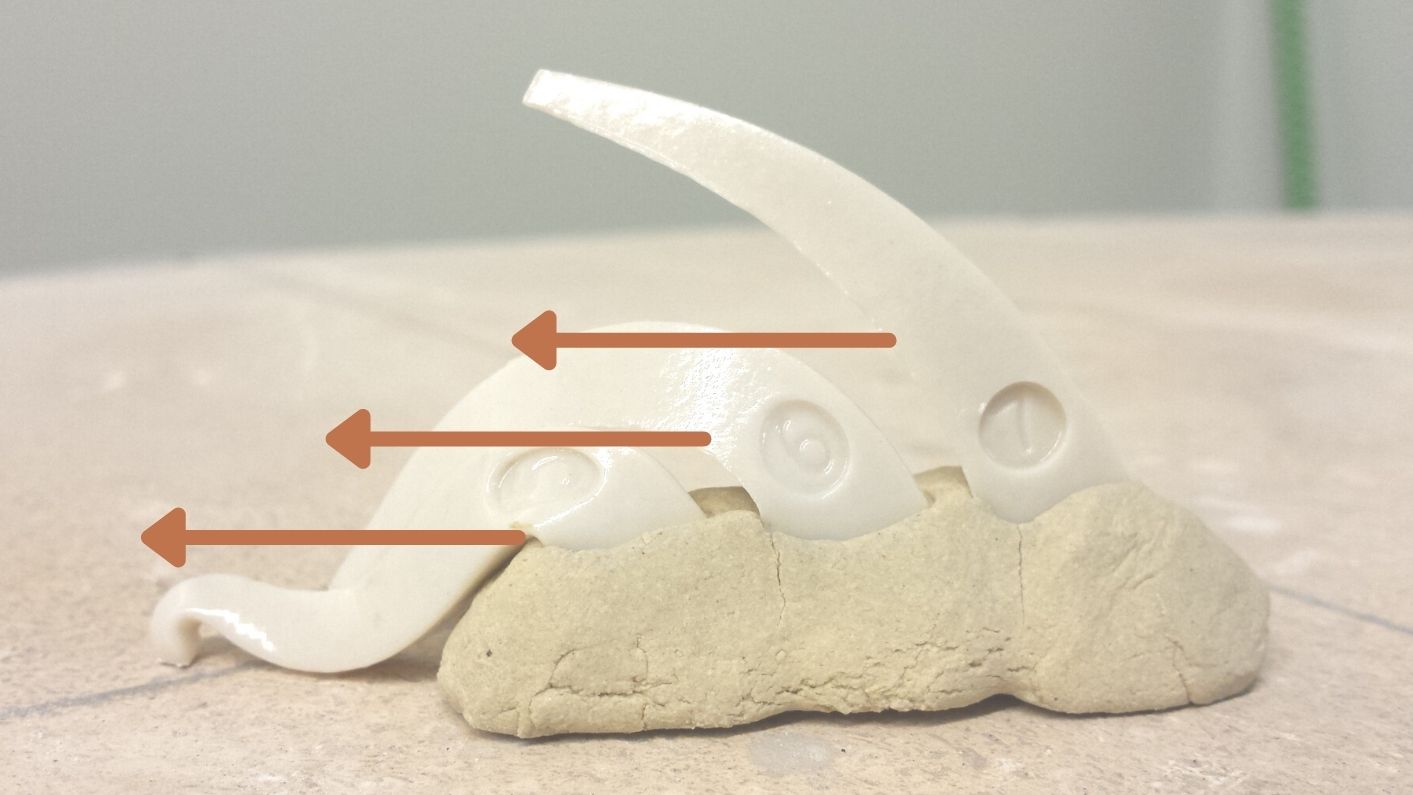 Then, many years later, I learned that you can place the cones so the front face is on a slight angle and the cones fall diagonally and independently (not on top of the cone that melted before it).

Here’s an example of a fired cone pack where the cones are angled slightly and free to fall to their natural resting place. I do like this method better as it gives a more accurate reading, but I often forget to make them this way as I was making them the other way for several years. 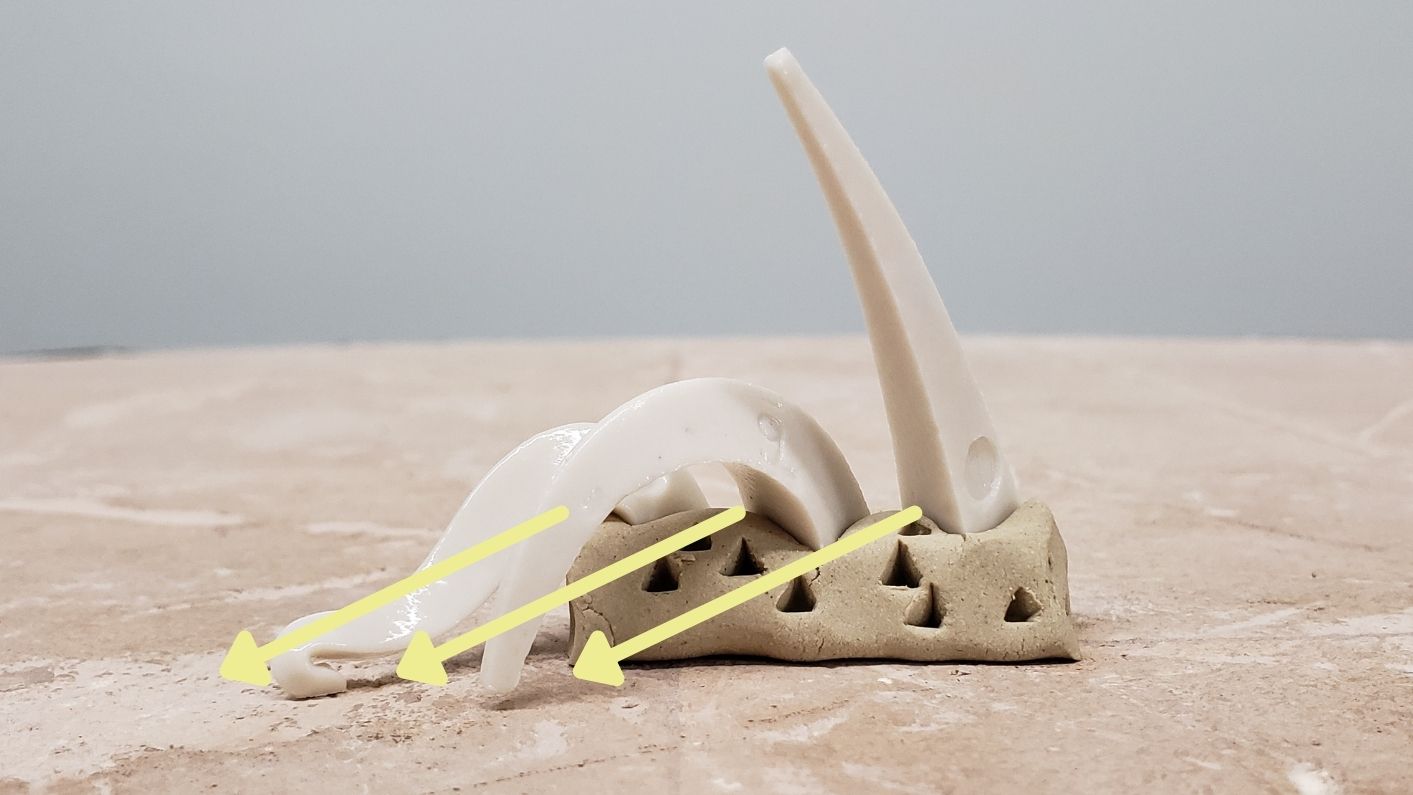 If you put them on an angle like in my second example, make sure they’re still pointed mostly to the side so you can see the bend of the cone through the peephole of your kiln. If they’re angled too far to one side so they’re melting towards you or away from you, you won’t be able to see how melted they are during the firing.

I’m a huge proponent of checking your cone packs regularly during the firing to make sure your kiln starts cooling at precisely the right moment. We don’t want our clay and glazes to be over-fired or under-fired.

Steps for Making a Cone Pack 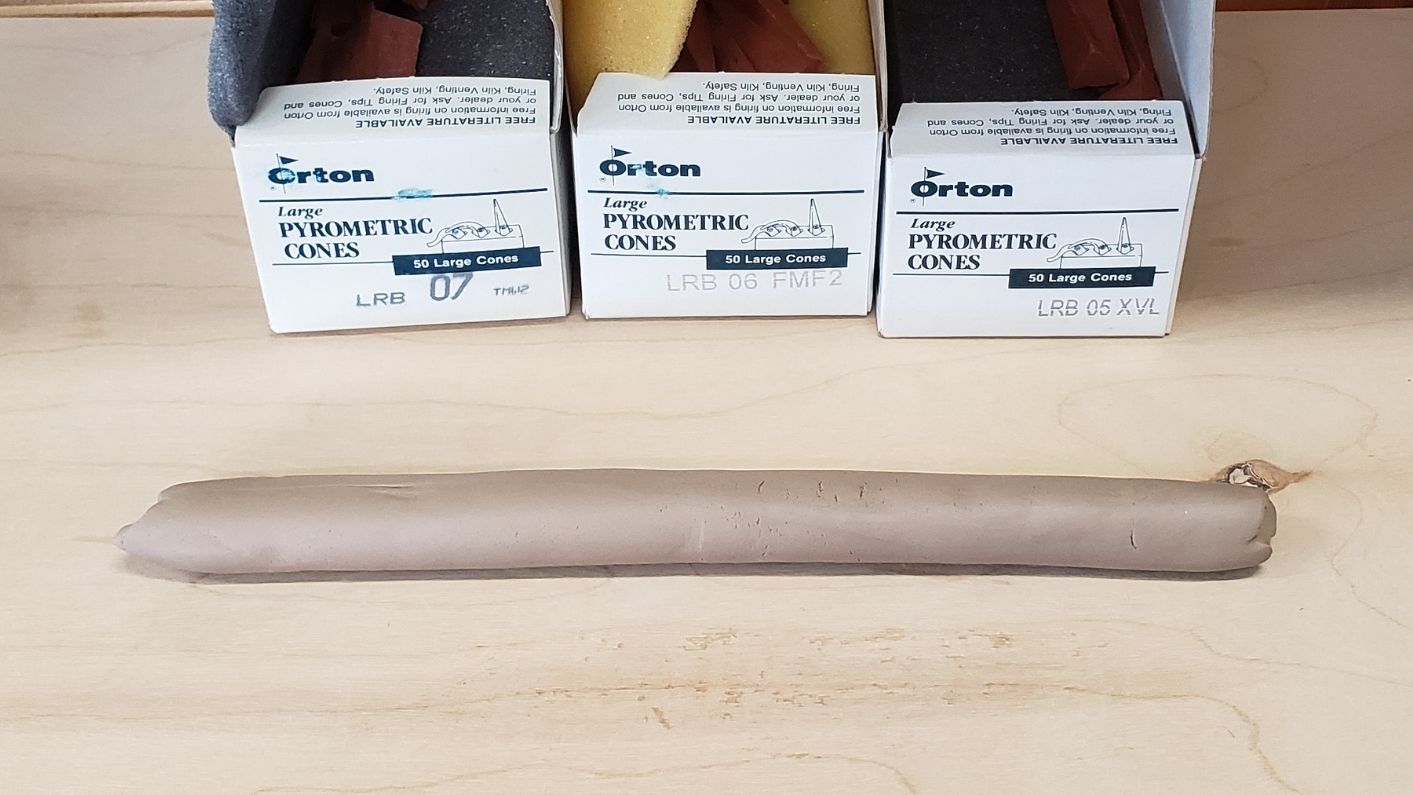 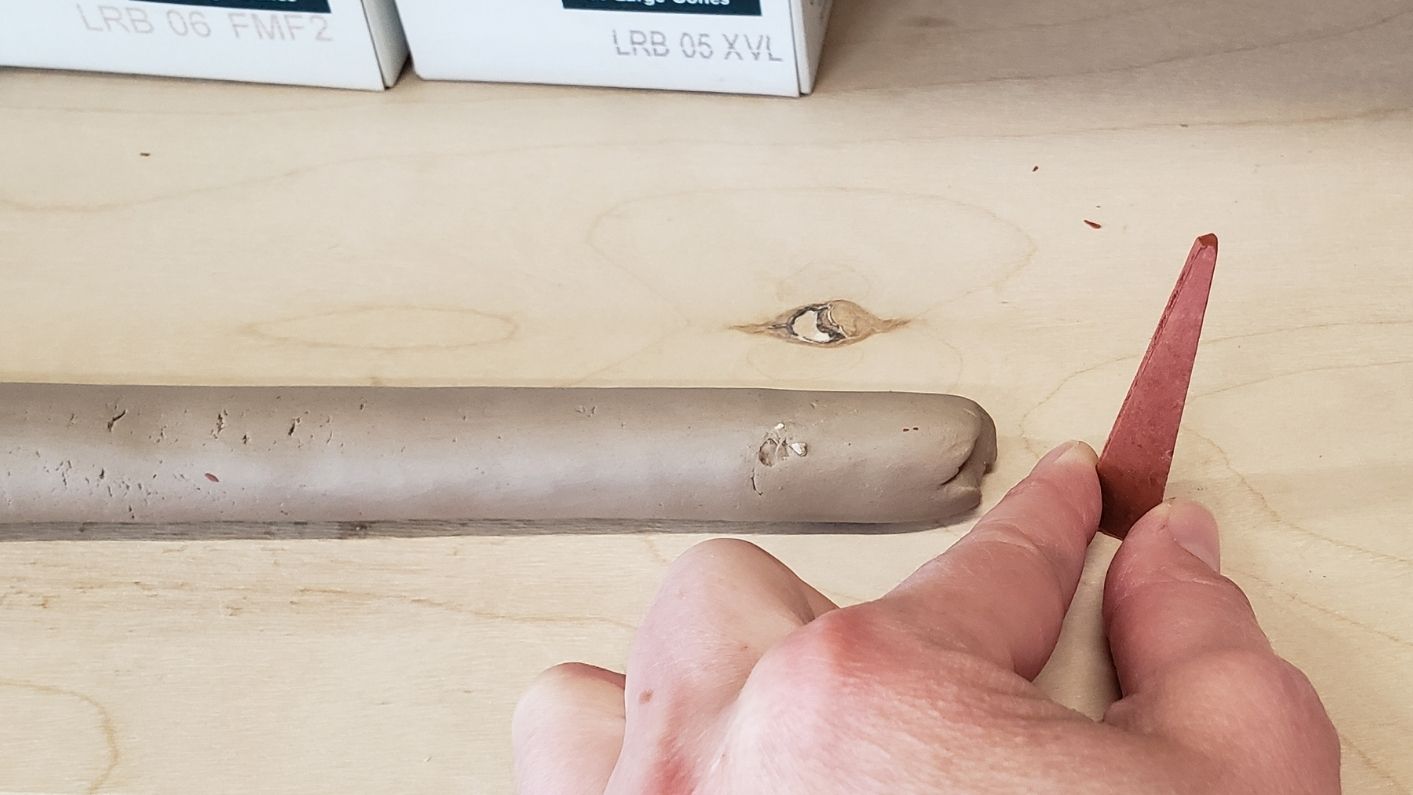 Step 3: When putting cones into the coil, check to make sure they sit at the same angle as the cone’s natural angle on a flat surface 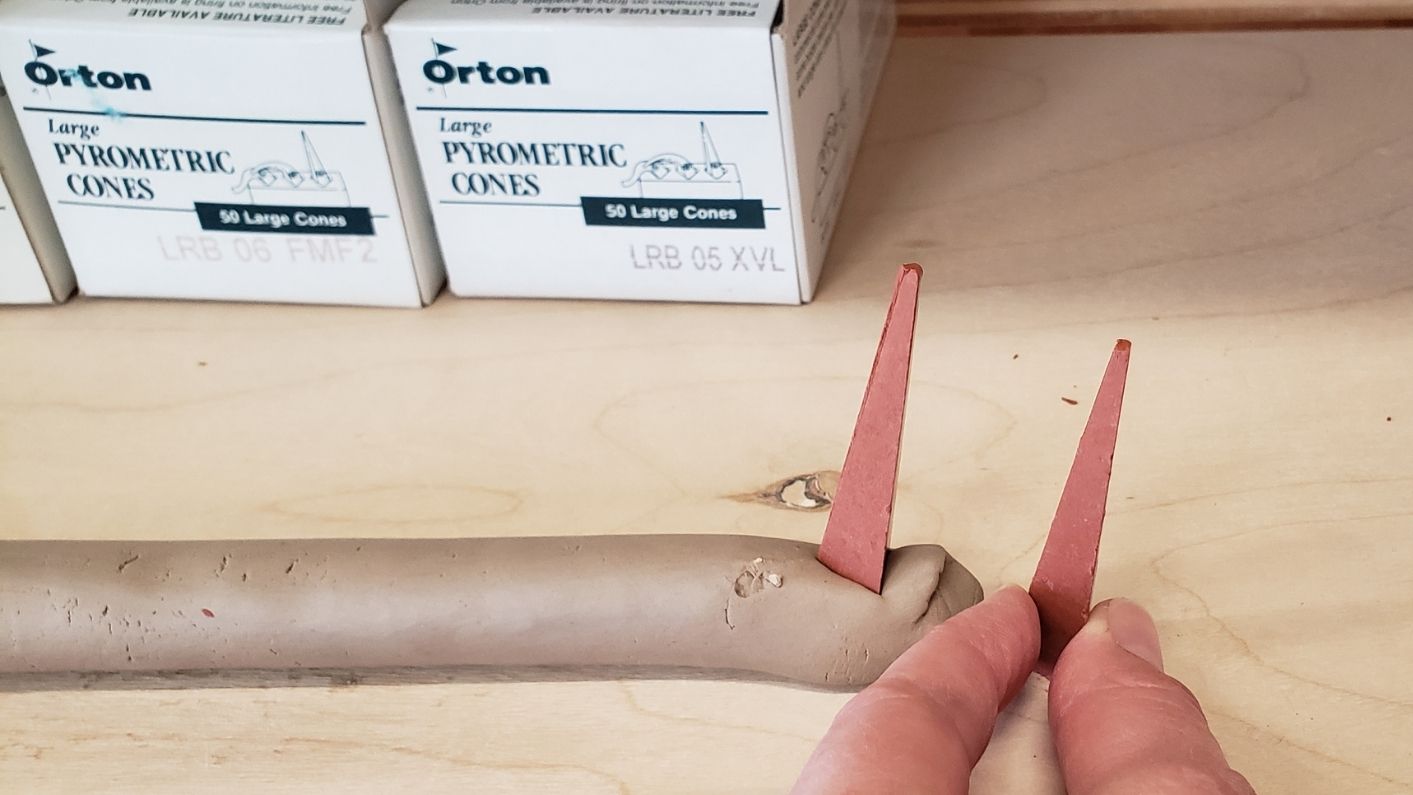 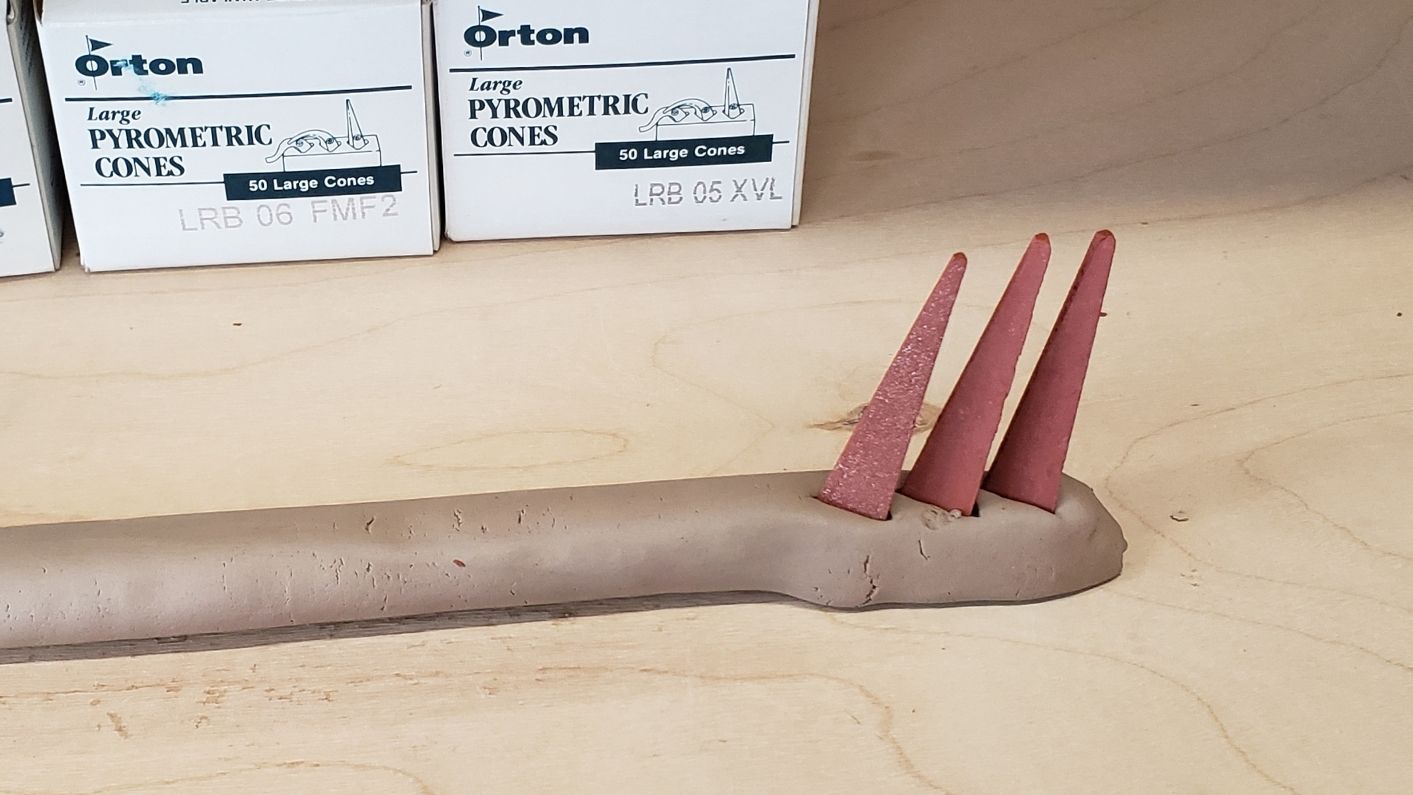 Step 5: Cut section off the coil and make another cone pack. Repeat until you run out of clay, cones or time. Always good to have lots of cone packs handy. 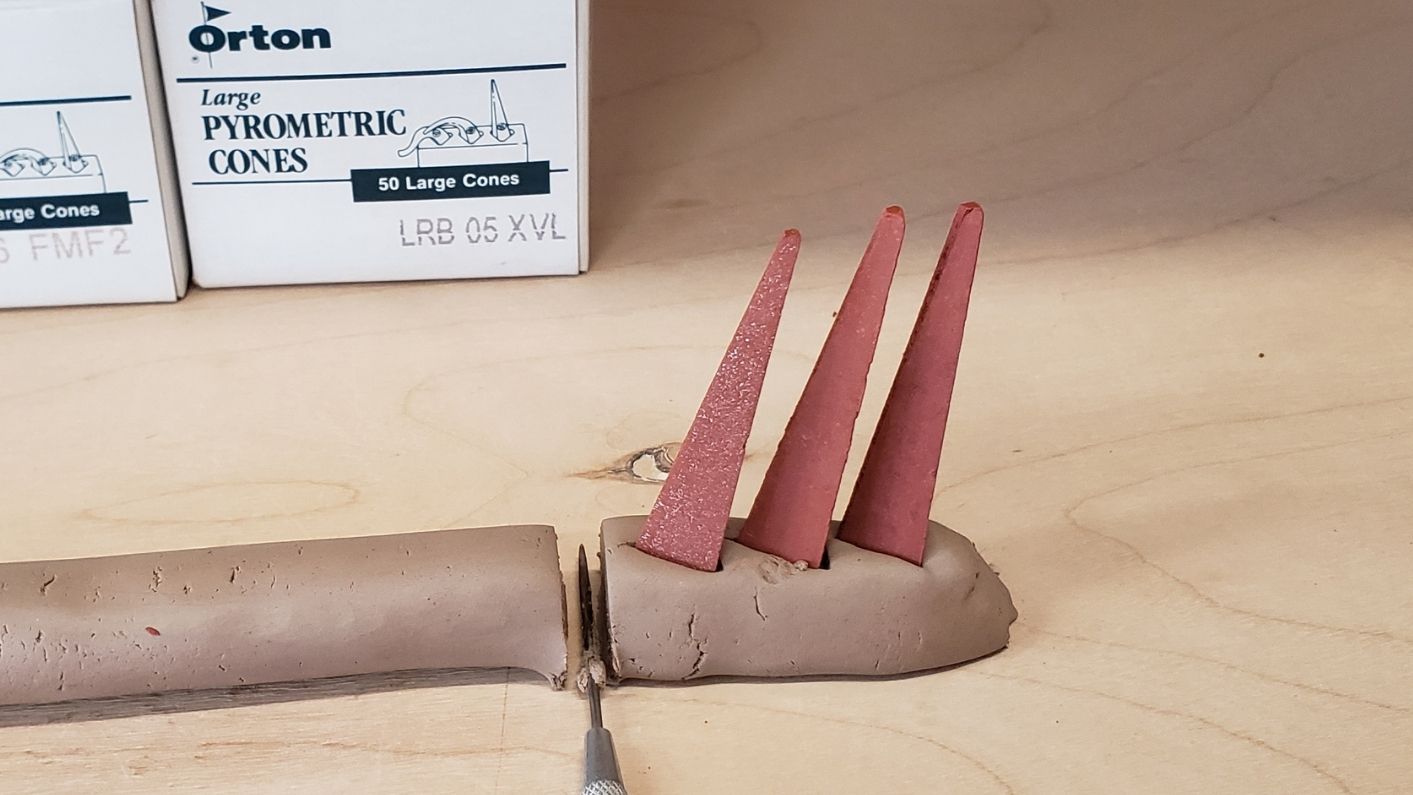 Step 6: I like to poke holes into the clay with a pin tool to allow even drying and prevent cracking as the clay shrinks around the cones. Be sure the cone pack is completely dry before firing or it’s likely to explode (I know this from personal experience!) 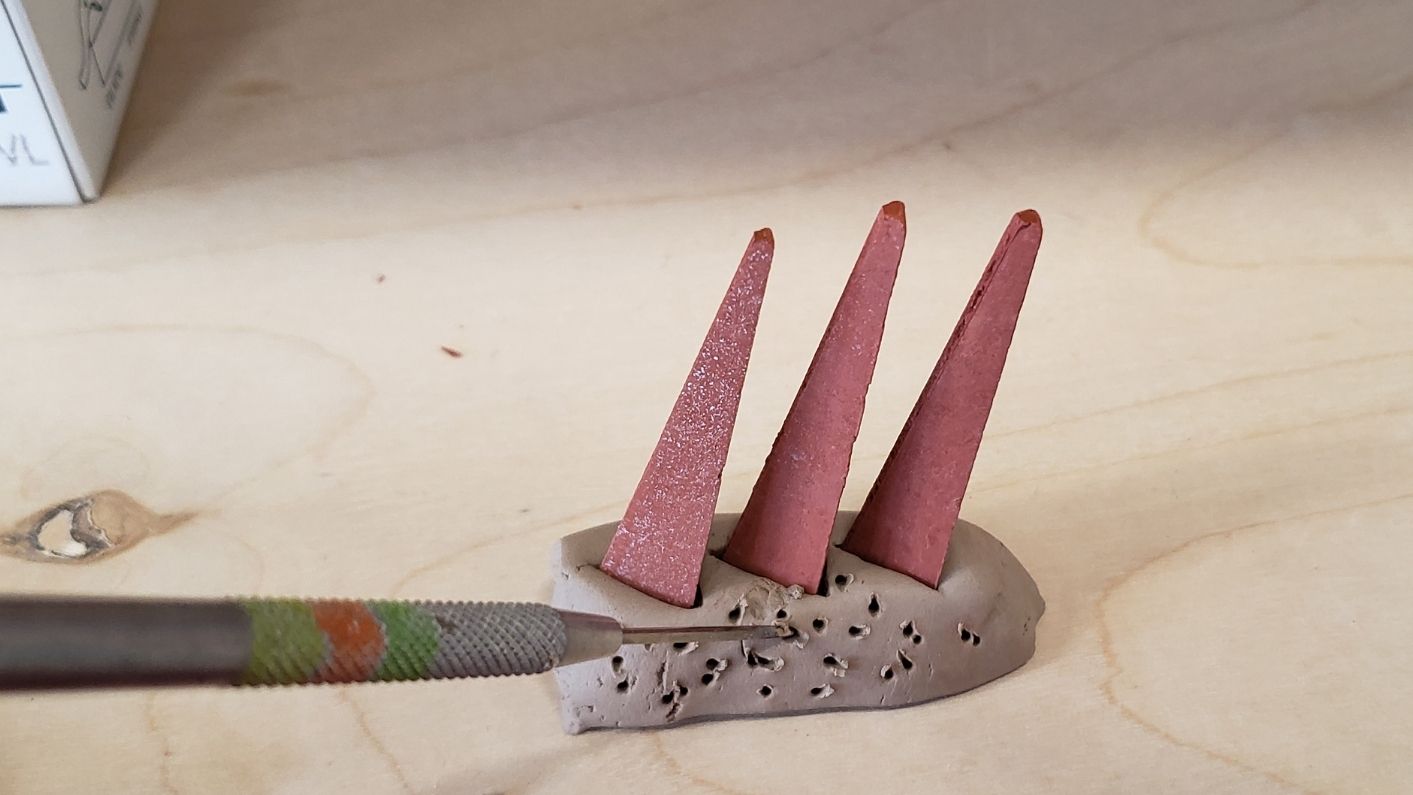 And there you have it. Be sure to put the cones in your kiln where you can see them through the peep and where they won’t melt onto your pots. 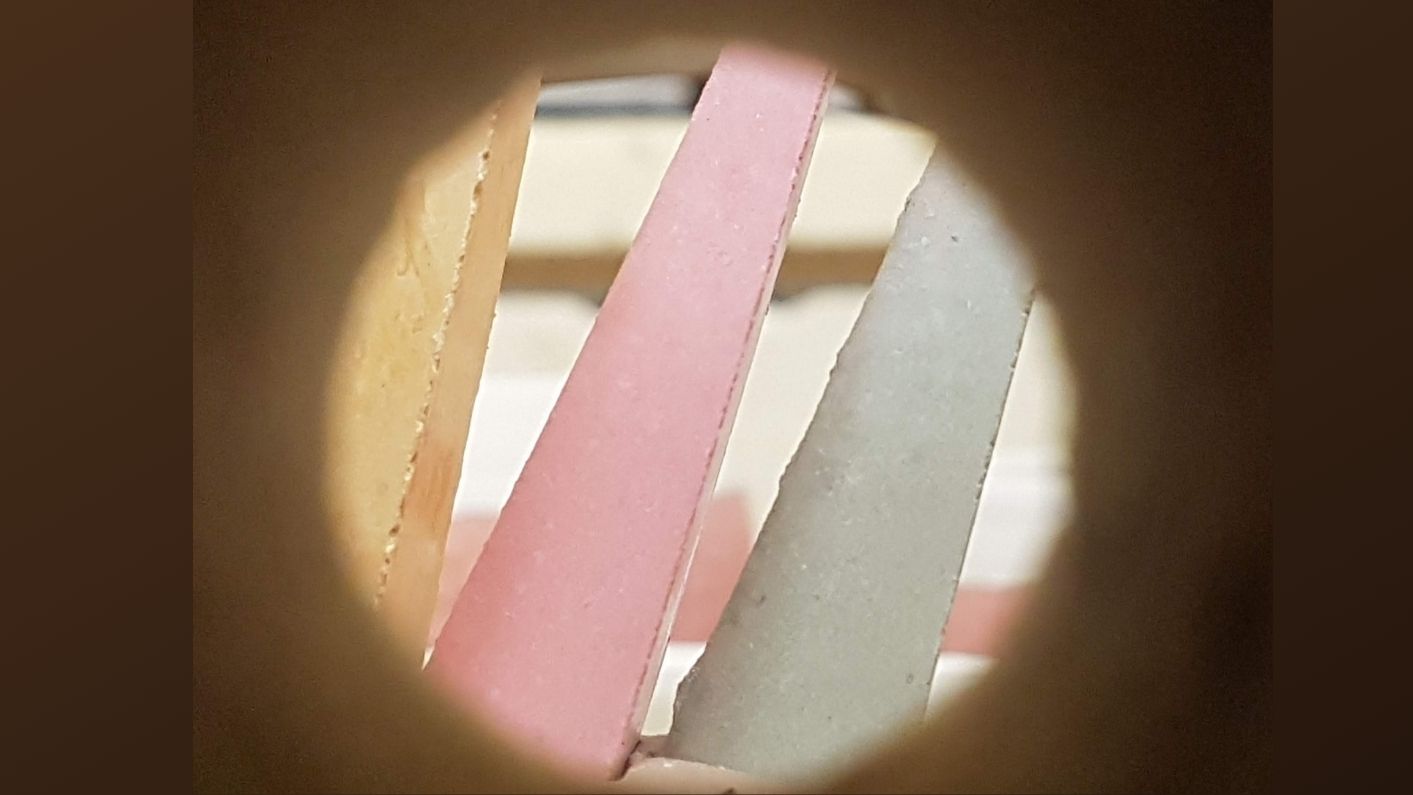 Make it a habit to put at least one cone pack into every single firing. They’ll help you troubleshoot any clay and glaze issues that come up and you never know when you’ll need them until it’s too late.

If you’ve never used witness cones before, put one cone pack on every shelf of your next firing. This will give you really good info for how accurately and evenly your kiln is firing. If your cones aren’t melting the way they should be, post a photo of them in my free Facebook group – Understanding Glazes with Sue and we can help you troubleshoot and improve your firings for the future.